For Whom the Bell Tolls


"PUPS"...otherwise known as the Puppy Uniform Protection and
Safety Act, is NOT, as we have already noted here on this blog, as warm and fuzzy as it sounds. PUPS is a federal proposal that has reared its ugly head over the last several sessions. And now, we get the bad news that once again, PUPS is being dredged up for this Federal legislative session. And picking up more and more sponsors along the way.

We just can't seem to kill the PUPS bill, no matter how how vigorous the attempt. Much like a cockroach, you can stomp it down, yet it still manages to skuttle across the floor undaunted.
What's so bad, you ask, about protecting puppies? Well, not much if you consider preventing their birth as protection. This bill is about as hard-core in animal rights philosophy as they come. And animal rights is not conducive to pet culture. These folks want to protect animals from people...people who dare to breed them, to sell them, to own them, to enjoy their company.

But the drive to shut down most all breeding won't require federal intervention. Many states have already implemented so-called "puppy mill bills" in the relentless AR-driven crusade to stop the breeding of pets. These newly-implemented state and local regulations have been promoted under the banner of squashing the commercial breeding of dogs for pet stores.

The commonly-accepted portrait of "puppy mill" has somehow morphed from being a place where dogs are kept in poor conditions, to being a reference to anyone who sells via third parties like pet stores. The public has been whipped into a frenzy of hatred toward pet stores and ALL commercial breeders. "They must be shut down!!" kind-hearted John Q Public wrings his hands. "IMMEDIATELY!"

But hold your horses, lynch mob!! Here's a news flash: PUPS does NOT apply to commercial breeders or pet stores. It would not serve to stop any abuse or neglect in the slightest. It would, however, serve us up some pretty nasty unintended consequences.

Just who would be affected by PUPS? The intent seems to be to include more and more breeders under the umbrella of "high-volume breeder". The bill defines "high volume breeder" as someone with "an ownership interest in or custody of one or more breeding female dogs."

A further stipulation of "high volume" status is that one sells....or even just OFFERS for sale....50 or more dogs in a year. You don't need to actually sell any dogs! Just advertising or offering dogs for sale is sufficient proof of "high volume".

You needn't even OWN a dog to become a "high-volume breeder"; just having custody (as handlers and boarding facilities do) qualifies you! Co- and joint ownerships are common among dog show participants, sporting dog trainers, hunting club members, and other hobbyists. Am I now required to comply with PUPS regulations if the bitch co-owner offers enough puppies for sale?

And, HSUS has admitted in their public sessions that their intent is to rachet down these numbers in future sessions. Since a breeder with ONE intact female cannot possibly produce 50 puppies in a year, it seems logical that PUPS would be amended in the future to adjust downward the permissible number of dogs sold (or just OFFERED for sale) to match the amount that one bitch might reasonably produce in a year. Certainly, less than a dozen puppies.

Some states already require  ownership numbers of less than a dozen to escape commercial breeder status. Yet, as AKC noted in their latest PUPS legislative alert: "A reference to the number of dogs owned by a breeder is unnecessary and potentially misleading."


There is a whole segment of breeders who would never sell their dogs through pet stores, but would be considered "high-volume" under the provisions of this bill. They might be small private home breeders who offer their dogs for sale through newspaper ads or on the internet. They might show their dogs. They might own just a few dogs, or many dogs. They might co-own dogs with others. And the ranks of the hobby breeders could conceivably be joined by handlers, boarding facilities….yes, even rescues, shelters, and kennels that produce service dogs, police dogs, and hunting dogs. Are all these puppy purveyors greedy and evil because they sell dogs? According to the provisions of PUPS, YES, they are evil and they must be punished.


PUPS would require breeders who fall under the definition of "high volume breeder" to be subject to licensing and inspection under the Federal Animal Welfare Act (AWA) and comply with reams of APHIS regulations. Such  regulations are neither desirable nor feasible for most breeders, particularly those who raise dogs in their home.

Surfacing of floors and walls must be "impervious to moisture", so no rugs allowed. Crates would not be large enough for the part-time duty that they typically serve most hobby breeders. PUPS also proposes vague and illogical exercise requirements that defy reason and have no purpose.

First, we had AWA to regulate "commercial" breeders....but, we couldn't stop there! Next a dozen states have already passed their own "Puppy Mill" bills, and now, PUPS will make sure to include nearly everyone else as a "high-volume" breeder in the quest to prevent breeding and selling dogs! Could your home pass inspection as a kennel? I know mine could not. But then, I guess that's the whole point of "PUPS"!


Never mind that poor kennel conditions are already illegal, and numbers limits have forced many out of business already. Never mind that every locale in the nation has existing animal cruelty laws. Let's conveniently ignore these facts and push for more regulations that are increasingly absurd, and now increasingly apply to people who just, well, enjoy and love their dogs!
Ask not for whom the bell tolls! It tolls for thee! 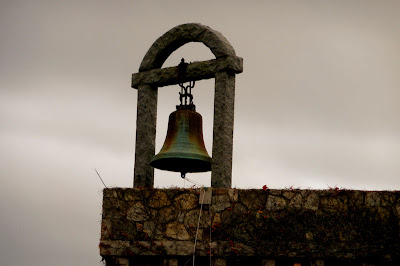 Click on article title above to read another blogpost regarding "PUPS"
Posted by Liberty Belle at 4:26 PM