Did you know that rescue groups in San Diego import dogs from outside the area, and even from Mexico? It's true. Helen Woodward has imported dogs from as far away as Romania on a regular basis. There is a shortage of adoptable dogs in San Diego. And now, these same "rescue" and "humane" groups are supporting a ban on the sales of puppies bred by licensed ethical breeders here in the US.

The animal rights fanatics prefer for NO animal to be purposefully bred, ever.

"Gary Weitzman, president of the San Diego Humane Society and SPCA, said the ordinance would help find more homes for the 45,000 animals that come through the shelter system in San Diego County."

What a bald-faced liar!

This is not about finding homes for shelter animals. There is a grand total of ONE pet store in San Diego. Shutting them down will have vitually NO EFFECT on the shelter population, and will not help even ONE shelter dog find a home. No, this is an ideological issue. This is all about institutionalized prejudice against pet breeders. It's all about demonizing pet breeders. It's all about making pet ownership more restrictive.
But then this is the People's Republic of California we live in, so no surprise there.

Currently, no adoptable dogs are killed in San Diego's shelter system. Ever. Because THEY ALL FIND HOMES.

What utter CRAP. And this is published as if it were gospel by a San Diego news outlet. Commercial pet breeders are among the most highly regulated of industries. VPI pet insurance reduced the rates for pet store puppies by 30% as compared to pets obtained from other sources. Why? Pet store puppies receive more veterinary care in the first 12 weeks of life than any other puppies, and, as a result, have fewer claims. 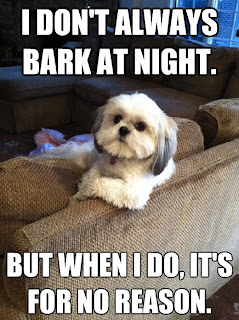