This derogatory slur has been popularized in the media. It's been hurled at us by misanthropist animal extremists in a very successful effort to marginalize the good work of all dog breeders. The term has also unfortunately sometimes been used by dog breeders to slur the competition. After all, the more one breeds, the better one's breeding skills become, and the more likely one is to become successful (whether that success is measured in quality of dogs and/or in the ability to profit financially). What better way to marginalize the competition than to tar them with a nasty label?

After decades of use, the "Puppy Mill" slur has been picked up and accepted by the general public, and is often quoted by the media in evening news stories. It's become part of the popular culture. Everyone seems to believe they have an understanding of what it means. "I may not be able to define it, but I know it when I see it." Much like other offensive and sordid crimes like murder, theft and rape, evil grubby animal-abuse and exploitation for profit can be identified by sight. We Know a Puppy Mill when we see one, right?

Or do we? Is it someone who breeds "too much"? Heaven forbid they MAKE MONEY! from their dogs! Those poor bitches never get a rest! They never have any human contact! Their feet never touch the ground! They never see a veterinarian! Blah blah blah, with every other ridiculous lie that can be cooked up.

In a futile effort at self-defense, dog breeders have attempted to define the "puppy mill" term. It's a place where dogs are abused. Or, they explain that  the phrase "puppy mill" shouldn't be used at all since it really doesn't apply to 99.999 % of the dog breeders out there.

Unfortunately, this seems to be the wrong approach. It's not working.

On the other hand, I hear from many sage voices in the dog world that we should NEVER, ever, utter this term. Using it, they say, only promotes the cause of the enemy; the animal fanatics like HSUS's Wayne Pacelle, who don't ever want to see another dog or cat born. We are facilitating their goal of entrenching the term into popular culture by using it more and more.

Unfortunately THIS approach isn't working either. The phrase "puppy mill"  won't go away simply because we ourselves pretend it doesn't exist or that it is not Politically Correct.

What to do? Can't explain that we are the good guys, and can't even mention the phrase they are calling us, as if our not mentioning it will make it go away. HA! Fat chance!

You will be called a Puppy Mill from here unto eternity because you are a dog breeder, and those who don't like dog breeders will continue to sling nasty slurs your direction.

That's a fact, Jack. You can count on it! Animal rights nuts are relentless in pursuit of their goal of making dog breeders go the way of the dinosaur. If calling us "puppy mill" works, they WILL continue the campaign.

I firmly believe we need a new, proven approach. There is only ONE course of action that can work to mitigate the damage that the tactic of name-calling inflicts.

The only way to neutralize this phrase is for us to embrace it.

Repeat after me, slowly and proudly:

I am PROUD to mill puppies. My mill is the FINEST on the west coast. My mill produces the most EXCELLENT dogs in all the land! My milled puppies are the BEST you could ever find! They will smother you in kisses!

Looking for a new kennel name? How about "Puppy Mill Acres"?

Perhaps set up a billboard along the highway:

Embrace your unique contribution to mankind. Be proud to be a puppy mill! 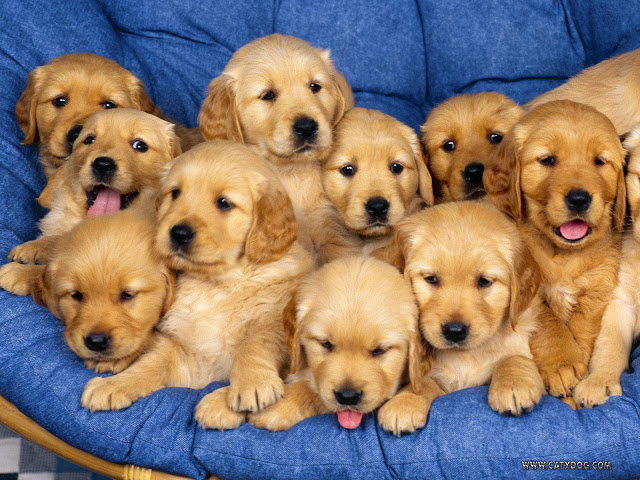 Wikipedia:
A reclaimed or reappropriated word is a word that was at one time pejorative but has been brought back into acceptable usage—usually starting within the communities that experienced oppression under that word, but sometimes also among the general populace as well.[(The term "reclaimed word" more often implies usage by a member of the group referred to.)
This can have wider implications in the fields of discourse, and has been described in terms of personal or sociopolitical empowerment.
Reclaiming or reappropriating a word involves re-evaluating a term that in the dominant culture is, or at one time was, used by a majority to oppress various minorities of that same culture.
In some cases, this reappropriation is so successful as to turn a previously disparaging word into the preferred term: for example, gay, previously an insult, is now strongly preferred to "homosexual", both as an adjective and a noun.
One of the older examples of successful reclaiming is the term "Jesuit" to refer to members of the Society of Jesus. This was originally a derogatory term referring to people who too readily invoked the name of Jesus in their politics, but which members of the Society adopted over time for themselves, so that the word came to refer exclusively to them, and generally in a positive or neutral sense, even though the term "Jesuitical" is derived from the Society of Jesus and is used to mean things like: manipulative, conspiring, treacherous, capable of intellectually justifying anything by convoluted reasoning.
Reclaimed words differ from general reclamation outside of language because of their deliberately provocative nature. In addition to neutral or acceptable connotations, reclaimed words often acquire positive meaning within the circles of the informed﻿