PUPS: Not as warm and fuzzy as it sounds 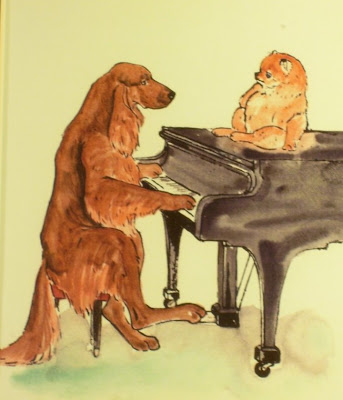 If we don't beat this one, it's pretty much all over, folks...

For years, HSUS has been working tirelessly to introduce federal legislation which, by amending the Animal Welfare Act (AWA), would restrict the breeding of dogs and cats. Enforcement of current laws has been inefficient and ineffective, but rather than correct that situation, HSUS has used it as reason to expand upon present legislation in ways that would set a dangerous precedent by giving the federal government control over the breeding of domestic animals. No other species has such pre-breeding regulations in place, but bill proponents insist their legislation will "close a loophole" in federal law, even though the AWA was never intended to apply to in home breeders.

PUPS 2010 introduces new problematic definitions to the existing AWA, classifications which are open to reinterpretation and readjustment at any point.

Under the new definitions, a breeding female dog means in an intact female aged four months or older. Not only is a four month old dog virtually incapable of breeding, but current research finds that early spay/neuter is deleterious to the animal's health.

PUPS also creates the new definition "high volume breeder." Any breeder with "interest or custody" of one breeding female dog falls under the first test of this criteria. The second criteria includes anyone who “sells or offers for sale, via any means of conveyance (including the internet, telephone, or newspaper), more than 50 of the offspring of such breeding female dogs for use as pets in any 1-year period."

The “50 offspring” are not defined by age or as being from litters owned by the breeder or as being personally owned by the breeder. This definition will include puppies, young adults, spayed dogs, older dogs being retired from the breeding program; previously sold dogs returned and resold, dogs placed through rescue organizations, public animal control facilities, veterinarian clinics, or the internet. Furthermore, based on these new clarifications, home breeders and rescuers will be subjected to USDA licensure and its 60 plus pages of regulations.

Expanding federal regulation to this level of detail is not only unrealistic, unnecessary, excessive, and unenforceable, but will eventually lead to the "elimination of domestic species," the publicly stated goal of Wayne Pacelle, president of HSUS..

For all of these reasons and more, the Puppy Uniform Protection and Safety Act (PUPS) should be opposed in its entirety, and all of us, whether individuals or groups, who wish to preserve and protect our future with pets need to make it clearly known to our government and its representatives that PUPS is completely unacceptable.

Call or write your representatives NOW, before it's too late. Your dogs and cats are depending on you.
Posted by galway at 12:44 PM 2 comments:

I guess I'll just never quit asking - even if pets bought at a pet store are
more likely to be impulse buys and end up at a shelter, what gives
government the right to control what we do with our pets after we buy them,
and what gives them the right to dictate what a pet store is allowed to
sell. No, they can't sell drugs, because drugs are illegal, but pets are
not (so far anyway).

And talk about impulse buys - ever been to one of those big rescue events,
that's what they're all ABOUT! Gee, you didn't get that cute fluffy one,
never mind we have plenty more to pick from. It's all about the numbers -
they don't care where the pets go as long as they GO.

And those pets are sold too. If pets stores can't sell, why should a rescue
event be allowed to? Or a breeder, for that matter, but there's that
slippery slope, because we know that's where they're heading. If these
government idiots would just get a clue and realize it's not about animal
welfare OR animals rights, it's about animals GONE.

Who cares what the difference is between Animal Welfare and Animal Rights? That's not the point. I'd say the majority of the so-called Animal Rights' supporters would never want to get rid of animals and and have just been brainwashed into believing the Animal Rights bullshit. After all, it does all sound fine and lovely on the surface and few people ever look underneath. So don't even go there, don't bother to give them a label, just say that those who propose these types of laws are all about animals gone, no animals left. Period.

Because that's the bottom line.
Posted by galway at 3:56 PM No comments: