The Dogs from Spain

Ready? All together now:

The dogs from Spain come mainly in by plane.

The dogs from Spain come mainly in by plane.

How kind of you to let me come!
Now once again, where's it insane?


And where's that crazy plane?

The dogs from Spain come mainly in by plane... 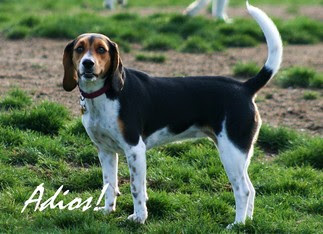 ﻿"Dozens of dogs rescued who have never been out of their cages! Film at 11!"
Over forty beagles have been "rescued" from a research lab in Spain, and flown to Los Angeles for adoption. The first problem with this scenario is, in order for an operation to be a "rescue", there would have to have been some sort of resistance to the confiscation of the dogs. These dogs were voluntarily handed over by the lab as they were closing down their business.

The cost of the operation? CBS reported that in excess of $100,000 was spent to relocate these dogs. Wouldn't that money have gone a long way toward helping animals in need right here in the US? The animal shelters in Los Angeles claim to not have enough homes for the animal sourced locally. Aren't there people in Western Europe who would have been glad to adopt these cute beagles, instead of relocating them thousands of miles away?

Naturally, the news painted a gloomy picture about how mistreated the beagles were; how they had never been out of cages, how they were in poor condition. Yet when seen on the news program, the dogs appear to be in fine condition and weight, walking perfectly normally, wagging their tails, happy and friendly. Not exactly the picture of abuse and neglect.

But yeah, we've got it. We've really got it! Rescues need plenty of cute purebred dogs to satisfy demand from their customers. And the sadder the tale of woe, the bigger the sensationalism and the quicker they move out.

http://blog.petrelocation.com/blog/pet-relocation-company-news/beagle-freedom-project-rescuing-41-beagles-from-spain-in-need-of-foster-homes
Posted by Liberty Belle at 12:07 AM 8 comments: 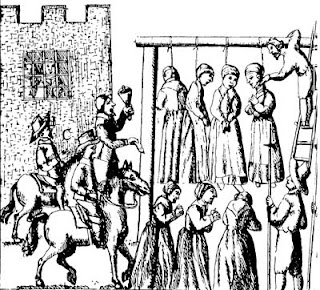 We Americans are living in a state of moral panic. The general consensus is that PUPPY MILLS are a major problem today. Animal rights groups have whipped up a frenzy of hysteria against the perceived proliferation of abusive breeders. Ostensibly, they must be on every corner!
Oprah has produced a television expose to uncover "puppy mills". There was another recent feature called "Madonna of the Mills" intended to raise awareness on the issue, in case anyone might have missed the Gospel According to St. Oprah. The Oprah show also presented the president of the HSUS as a presumed authority on the topic.
The Humane Society of the US is so tuned into righting the wrongs of dog breeding that they now have a toll-free hot line for the express purpose of reporting of "puppy mills" by the public. [1] No description or definition is offered for that "PM" term, but hey, lets not let a little thing like knowing what we are talking about stand in the way of our hangin' fun times.
Now the HSUS is in no position to sit in judgement of anyone else, with their fraudulent fundraising, and their illegal and immoral abuse of their tax-free status in lobbying for legislation to squelch animal ownership. They even promote policies that result in the killing of more and more animals in shelters. Nevertheless, the HSUS seems hell-bent on sitting as judge, jury and executioner of breeders, wherever they can find them. And now, they hope the public will make that discovery phase quick and easy for them.
Not to be outdone, the Canadian SPCA is also urging the public to rat out the mills that they claim are "widespread". The definition used by the Canadian SPCA seems to be those who are unlicensed, or who sell for a profit, rather than those who are abusive and cruel. Again, just what exactly is a "puppy mill"? Depends on which way the wind is blowing. (2)
The public is bombarded with media propaganda produced by big national animal groups screaming inane slogans like "puppies aren't products" and "pets aren't presents"; we must "adopt not shop" and other lame, anti-consumerist messages. One might even be the target of righteous indignation should he <gasp> DARE to buy a puppy or kitten from a breeder or a pet store. Let's not forget the "hoarders" who may not actually breed but who need to be stopped nonetheless, and of course those ignorant "backyard breeders" too. We can lump those under the "puppy mill" umbrella if need be.

Of course, these tips to hotlines are meant to result in seizures of as many animals as possible. The AR groups love to seize animals and sterilize the lot of them. Even if the raids are eventually declared groundless or illegal, they will have achieved the goal of breaking the breeding cycle and bankrupting the owner, thereby destroying his or her life. Getting rid of a breeder....what a feather in the cap of the morally superior! And less births means less animals around for us cruel humans to abuse. The anti-breeding campaign will be relentless until people just plain no longer have animals in their homes.
AR mob leaders incite panicked townsfolk to lynch suspected witches. Can you survive the hysteria? Can they manage to find an actual witch?
From Wikipedia:
Witch hunt - A search for witches or evidence of witchcraft, often involving moral panic, mass hysteria and lynching, but in historical instances also legally sanctioned and involving official witchcraft trials.
From Cambridge Dictionary Online:
witch hunt - an attempt to find and punish people whose opinions are unpopular and who are said to be a danger to society
From Your Dictionary:
A witch hunt describes a situation where accusations are made freely, especially against someone or something that is not popular with the majority.

From Answers.com;
An investigation carried out ostensibly to uncover subversive activities but actually used to harass and undermine those with differing views.
So if we don't agree with the extremists' views that breeding should be stopped, I suppose we have to expect the witch hunt. The majority view these days is that dog breeding = abuse. After just about any "rescue", you will read in a press release:
"She won't have to have any more puppies ever again."
The horror of it all! Breeding! Reproducing! Did we mention that the attitude is puritanical?
More than 10,000 large, substandard mass producers of puppies, often referred to as puppy mills, house 200,000 to 400,000 breeding dogs that produce 2 million to 4 million puppies a year, estimates HSUS' Stephanie Shain, senior director its Stop Puppy Mills project. [1]
Ever wonder where in the world they pull those numbers from? Just out of thin air, or out of some orifice filled with hot air, anyway.
Don't put those pitchforks and torches away just yet, there's definitely a 21st century witch hunt in progress. Lynchings continue as they have for centuries. The script has been slightly rewritten, but the overall storyline remains unchanged. Today's witches include those vaguely  described puppy mills, hoarders and backyard breeders. We don't know exactly who they are and what they do, but one thing we do know; there are thousands of them and they must all burn at the stake!