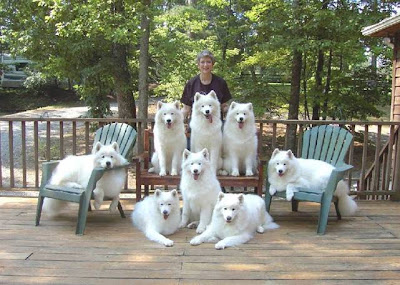 The Enemy Within: AKC Registration Numbers as Barometer of Public Opinion

by Marge Kranzfelder
(reprinted here with author's permission)
Please keep in mind my perspective. It comes from working in the rank and file within the sport of dogs attempting to assist in keeping it viable in today's society. It is one of respect for the AKC. The AKC has established and maintained a uniform method of competition across our large nation. Its record-keeping has kept pace with modern technology. These functions reflect its mission statement. My writing while critical comes with the hope that the AKC will do what it takes so that future generations are able to enjoy the pleasure and contentment that sharing lives with canines brings. My concerns in recent years about the AKC's future were further crystallized by Ron Menaker's September 2008 Chairman's Report.


I am the second generation of my extended family involved in the sport of dogs. I have been raised in awe of those true "dog" men and women that have dedicated their lives, talent and seamless blend of learned and instinctual knowledge to canine endeavors. The AKC's own "breeding program" is not producing these exceptional caretakers in the number they once were. I grew up during the '50's when the word breeder was a term of respect. It was a profession you wanted to aspire to, not be apologetic about in general society.


Yes, our society is rapidly evolving. Though well intended, AKC's actions are more reactive than proactive. The writing was clearly on San Mateo's wall in 1990. By AKC's reaction to outside forces, they have turned up the heat on the people that were their support base. While having high morals standards within should be something expected and continually strived for, they should have quickly provided the public a real reason for joining in the sport, believing in the joy of pure-bred animals and really worked at making it easier to maintain a breeding program in today's life-style.


Allow me to state a few of the obvious reasons, people are no longer actively breeding dogs and dedicating their lives to this activity.


•Two people in a household need to work outside the home. This doesn't leave time to raise puppies and take care of multiple dogs.
•Limit laws prevent an active breeding establishment. Breeding one champion to one champion may produce a champion but it does not define a breeding program that will improve the breed.
•Air travel is being hampered by laws, expenses, public attitude toward dogs and increasingly intrusive security scrutiny.
•Cost of showing has increased. There are more shows with less leisurely quality time spent there.
•Veterinarians, influenced by those against breeding, discriminate against breeders or particular breeds. Veterinarian costs have increased greatly while the local veterinarian's average reproductive knowledge declined.
•Breeders are not valued by the general public.


Placing more arbitrary standards on those within the sport can be compared to the education of our children in this country. Requiring more testing doesn't really equate with better education. We must find the way to inspire and create curiosity so that individuals are self-motivated to be educated. If we educate well, the student will test well. However, conversely, if a student tests well doesn't imply he has necessarily been well educated.


The analogy applies to the artificial promotion of health testing and care regulations as "gold standards". Testing for testing sake shouldn't be the end goal. Of course, we want people to care for their animals and do the best health and genetic screenings available. This should be morally promoted and accepted practice. Standards of care shouldn't be to impress the public; they should exist because it is morally right and efficacious. The public naturally expects this. Therefore this should not be relied upon to create public incentive to own a purebred.


Promoting purebreds supersedes promoting purebreds that have passed a string of testing. The soft, fuzzy love of owning a purebred is why someone wants to purchase a purebred. Their true companionship and life benefiting love is why they keep those purebreds. The "soft-sell" emotional commercial models are the ones to probably consider primary. We don't need movies the likes of Disney's 101 Dalmatians nor the up-coming Beverly Hills Chihuahua to spike registration numbers; but we could use the promotion of devoted, purposeful individuals integrated into a modern day life-style, a current Lassie, Rin-tin-tin, and Old Yeller figuratively, to keep us company. Smoltzy, yes. But it cuts to the core of human motivation.


Two unintended negative consequences of making the "gold standard" of health testing a primary public strategy must be addressed. The reflected increased costs per puppy prohibit both breeding and then purchasing puppies. Either the public is then convinced to go to their shelters to obtain a mixed breed that does not have this expense to cover; or they now expect guarantees on a puppy for its full life that only a plush toy could offer.


A conclusion can be drawn that if care and testing standards are written in a reactionary manner to animal rights pressure, we have allowed them to set us up for failure. No finite list of acceptable results on tests can assure that a puppy will be healthy and desirable. Like the above education analogy, the AKC must inspire and instill in its breeders the desire to morally use every possible tool to produce a desirable dog to the best of the breeder's ability.


I realize the concept of how to "inspire and instill" morals is a difficult one. It is one of motivation. Today's trend in legislative restrictions adds many additional constraints onto breeders. If the AKC adds further regulation in attempts to "prove itself", it invites the real danger of snuffing the creativity of those truly gifted individual thinkers. I believe that one of the strong incentives to being a breeder is to have a hobby that is continually challenging while utilizing creativity and problem solving abilities.

An activity that is highly regulated will not attract a gifted individual. The end result of over-regulation is mediocrity. AKC should explore the concepts employed by Genentech, Google, think-tanks and innovative research facilities. This could help explain the decease of higher echelon participants in this sport.


At first I was disappointed that my children's generation isn't anxious to get involved in dog competition. Then I worried about where my grandchildren, when they become adults, will be able to purchase a family pet.


Unfortunately, I am now worried about whether they will even consider owning one, especially considering an AKC purebred. The AKC's public relations campaign addressing the reasons to want to share your life with a purebred is too little and far too late. From advice given from experience in ring competition, the AKC shouldn't concentrate so much on the competitor (other registries, designer breeds, etc.). Instead the AKC must concentrate on improving its own excellence! There is a passion in those that succeed. The uniqueness of successfully accomplishing its goals will then bestow recognition.

Another way of stating this is if the people involved within the sport are truly enjoying what they do and receiving personal benefits, others will want to join in. The AKC has much ground to make up against the animal rights lobby. It must attack this far more aggressively. It must find its terrier within!

Since every organization needs fiscal soundness to survive, I have one further observation to make regarding the survival of AKC. I will address Ron Menaker's noble comment concerning down-sizing. So far, the effort has been a beginning token. I'm sure there are corporate models that have successfully re-organized in order to survive which can inspire a more extensive expense cut-back. Flat line expenses can only balance flat line revenue. Until there is not a revenue problem, the balance solution remains the expense problem. Taking the advice we promote with breeders, selectivity is a main tool to achieve your goal.


The Board can respond, "But we have tried all that". They have expanded their income base with parentage testing. They have fostered more programs than just breeding/conformation, recognizing the new revenue possibilities that activities like agility and rally have provided. They have fostered public education days, breeder recognition awards and televised dog shows.


My intent is not to berate the AKC. I have done my very best to keep positive over the years and help in whatever capacity I am able; however, to be silent with these concerns would be tantamount to not helping. Until the AKC addresses some of the core directional issues I have mentioned, I question its ability to turn the present situation around.


Obviously with the continued decline in registrations, the AKC will not be able to continue to sustain our beloved sport of dogs. Registration numbers should be considered the barometer of public opinion of the value of an AKC registered dog. The "Gold Standard". If a major redirection is not considered, I fear that, like the US dollar, the AKC won't be worth a silver certificate.

Posted by Liberty Belle at 9:47 PM